Over the last 18 years we've designed some of the most iconic brands for Muslim audiences. While doing so, we've built a diverse, global, and values-driven team. 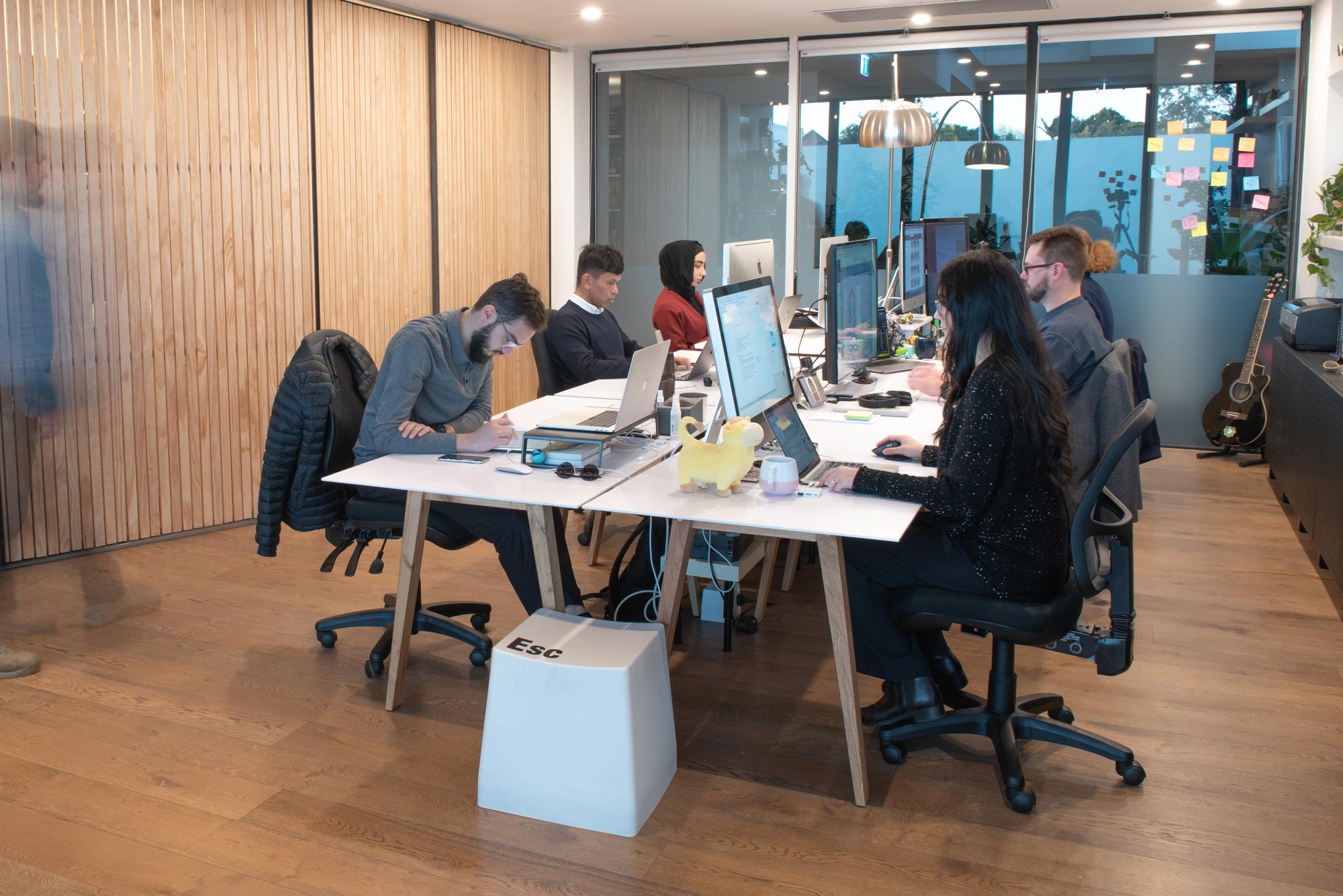 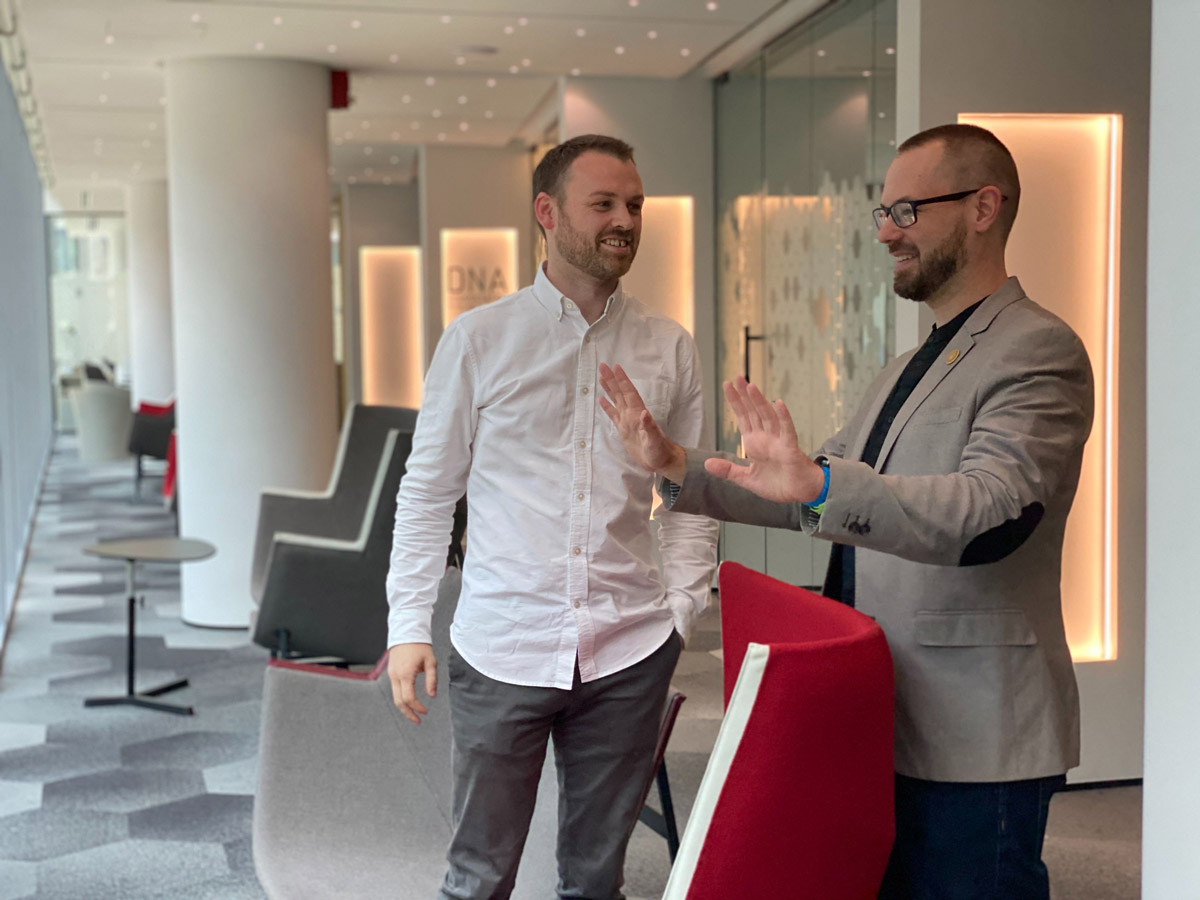 Founded by Peter Gould in Australia, we’ve grown into an international team brought together by our intention to design with heart for positive change.

Since 2003, we have been at the center of creating the foundations for some of the most well-known brands in the Islamic Economy while working with recognised multinationals.

With our entrepreneurial mindset, we helped build Salam Sisters & 5Pillars. This involved developing the original concepts from prototypes into two globally-loved Muslim lifestyle brands.
‍
We believe our Heart-Centered Design aspirations and our years of experience have resulted in success for our in-house & client projects.

We’re proud of our diverse international team and collaborative culture. Together, we’ve built a welcoming and fun place to work that allows our strengths to thrive. 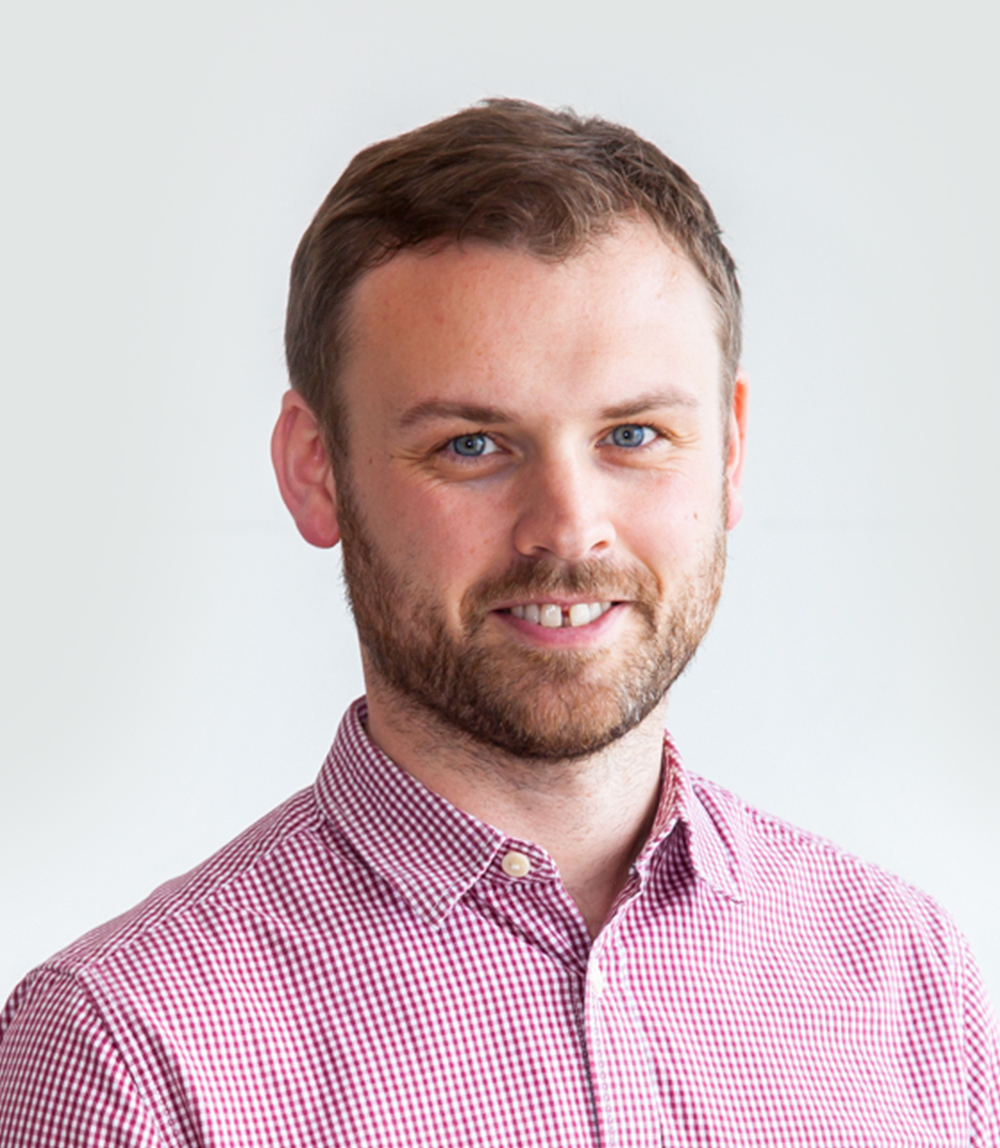 Neil King
Chief Communications Officer
An experienced journalist of 15 years, Neil was editor of the Gulf region’s longest-running business magazine before joining Gould Studio as Communications Director for MENA. As well as business development and human-centered design research, Neil is in constant search of Dubai’s best cup of coffee. 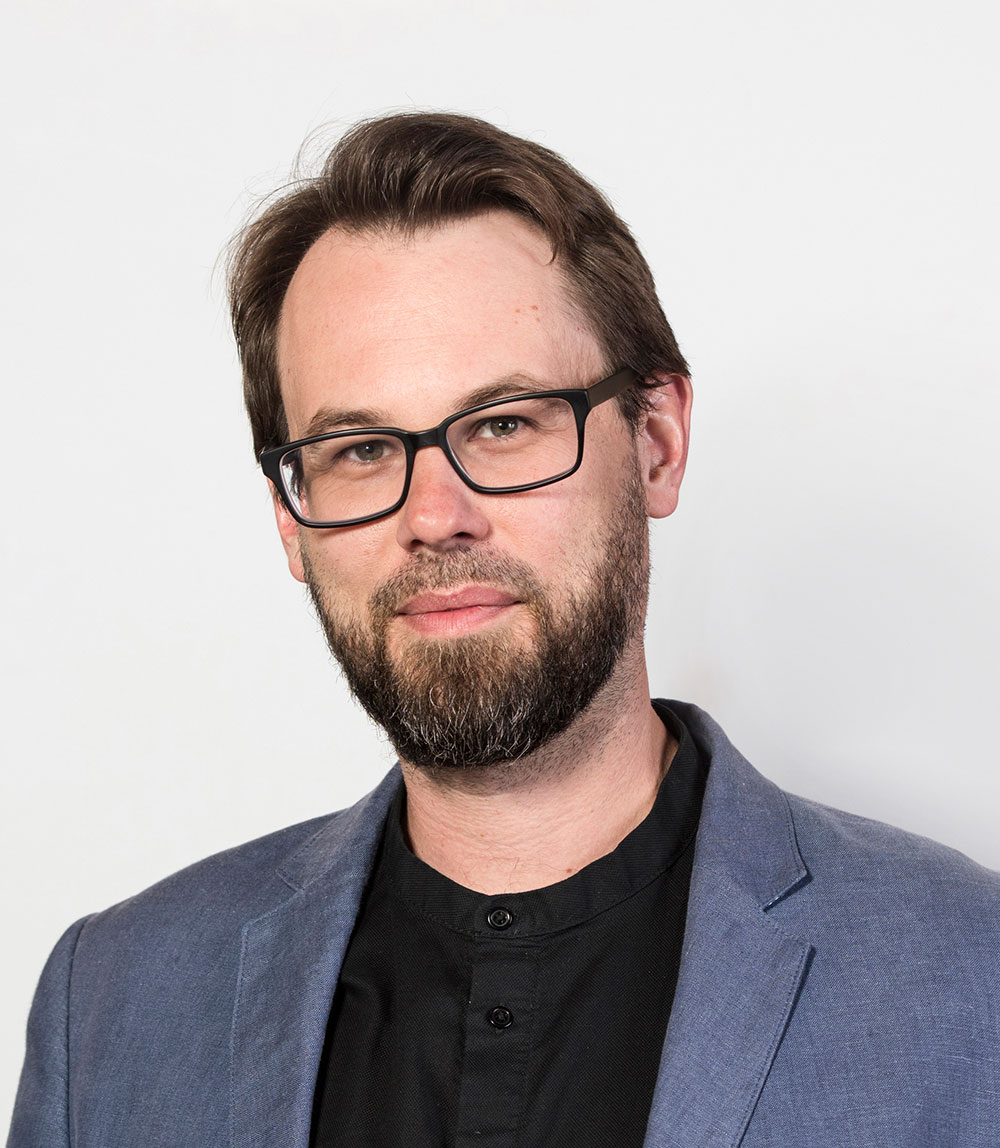 Peter Gould
Founder & CEO
A pioneer of contemporary Islamic design, Peter has numerous accreditations and awards to his name. He has developed the concept of Heart-Centered Design which he puts into practice with global design projects & philanthropic initiatives. 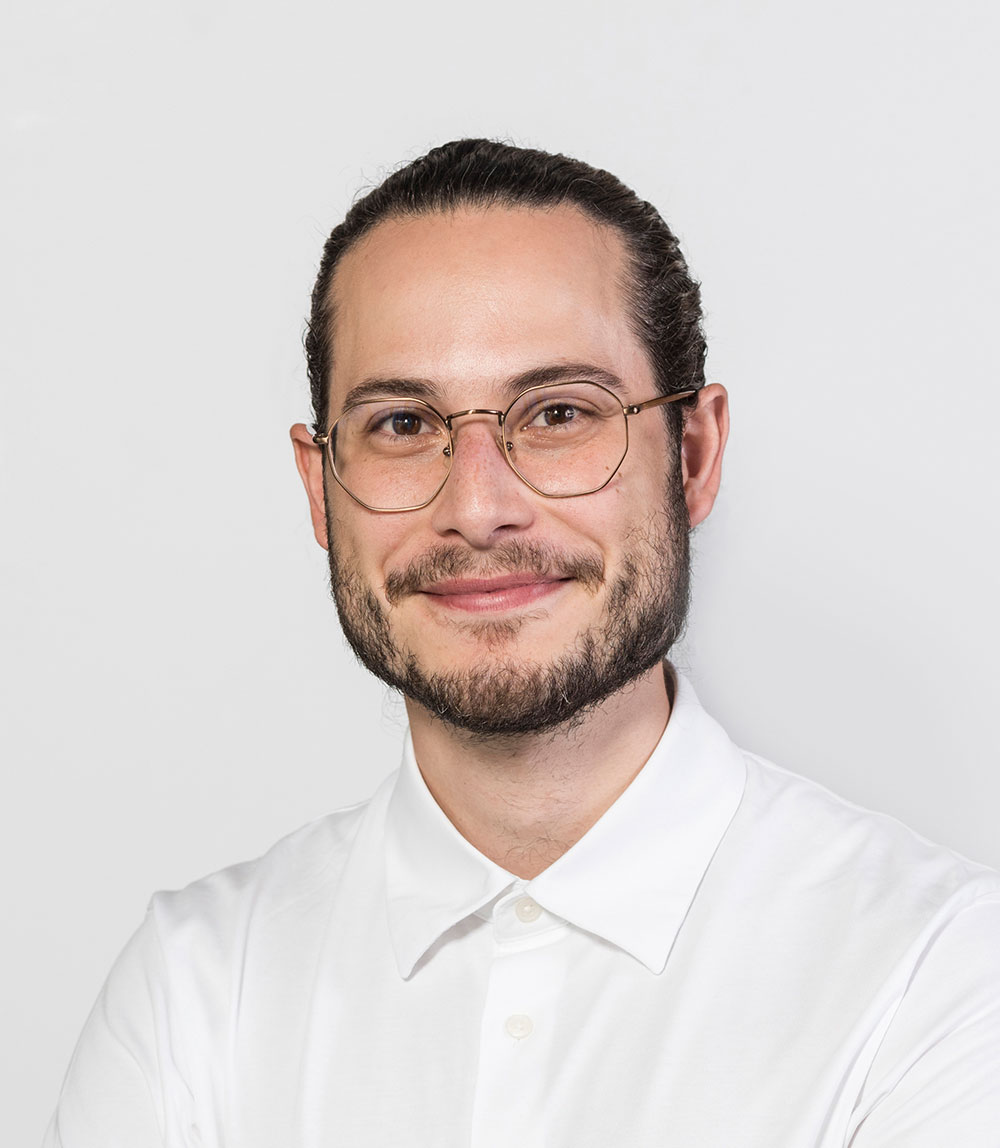 Kais Al Kaissi
Chief Design Officer
Overseeing the studio’s design, strategy and partnerships, Kais is the unifying force that keeps Gould’s business and teams moving forward as one. With degrees in graphic design, art history, and branding, and a background in NGOs, Kais fuses creative excellence with a values-based approach to work; ensuring quality output that is both meaningful and results-oriented. 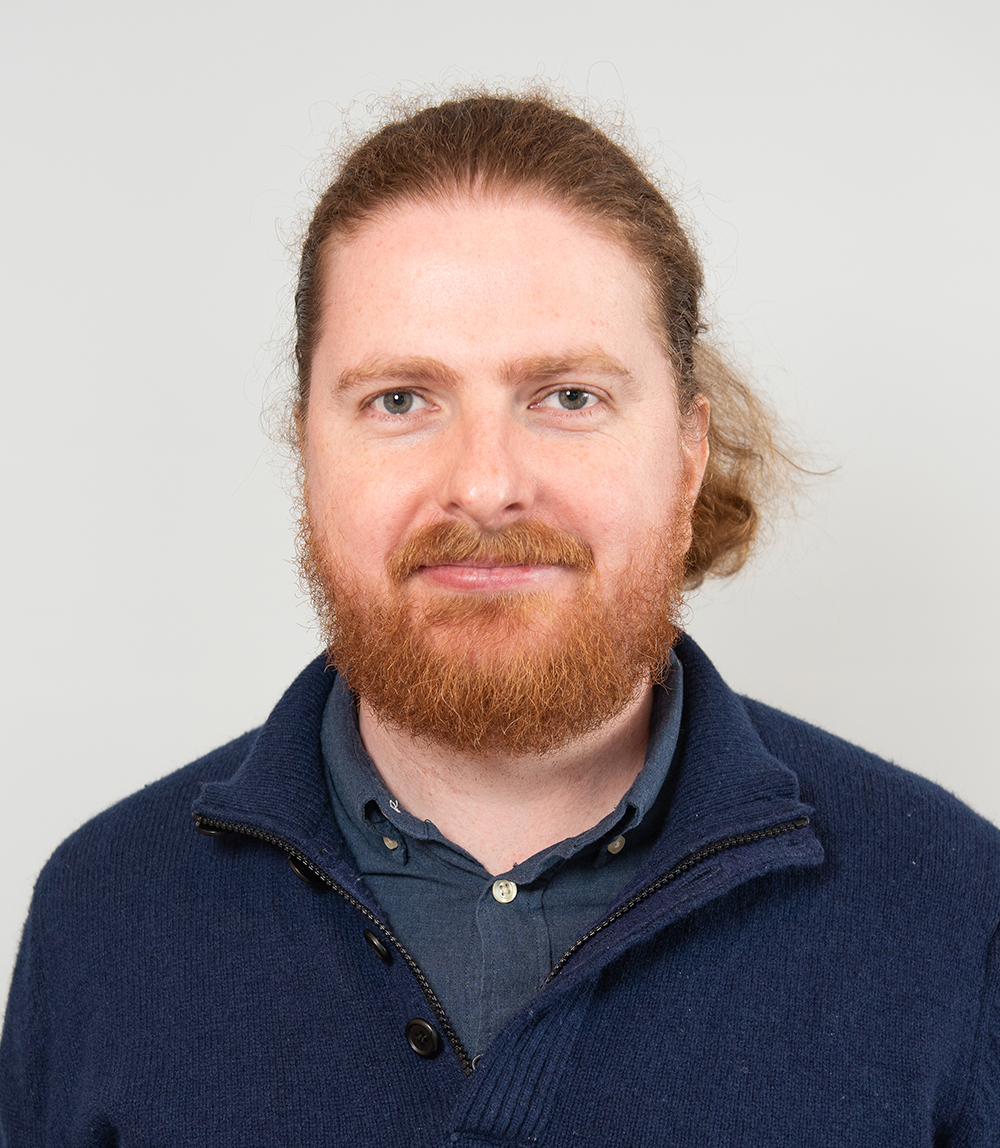 Nick Farncomb
Creative Director
A designer since 2006, Nick is one of our longest-serving team members, having developed brands, products and ideas with Peter for over eight years. His love for gaming, illustration, and stories of fantastic adventures are put to good use as the studio’s resident Game Master and he's also creating many of his own games. 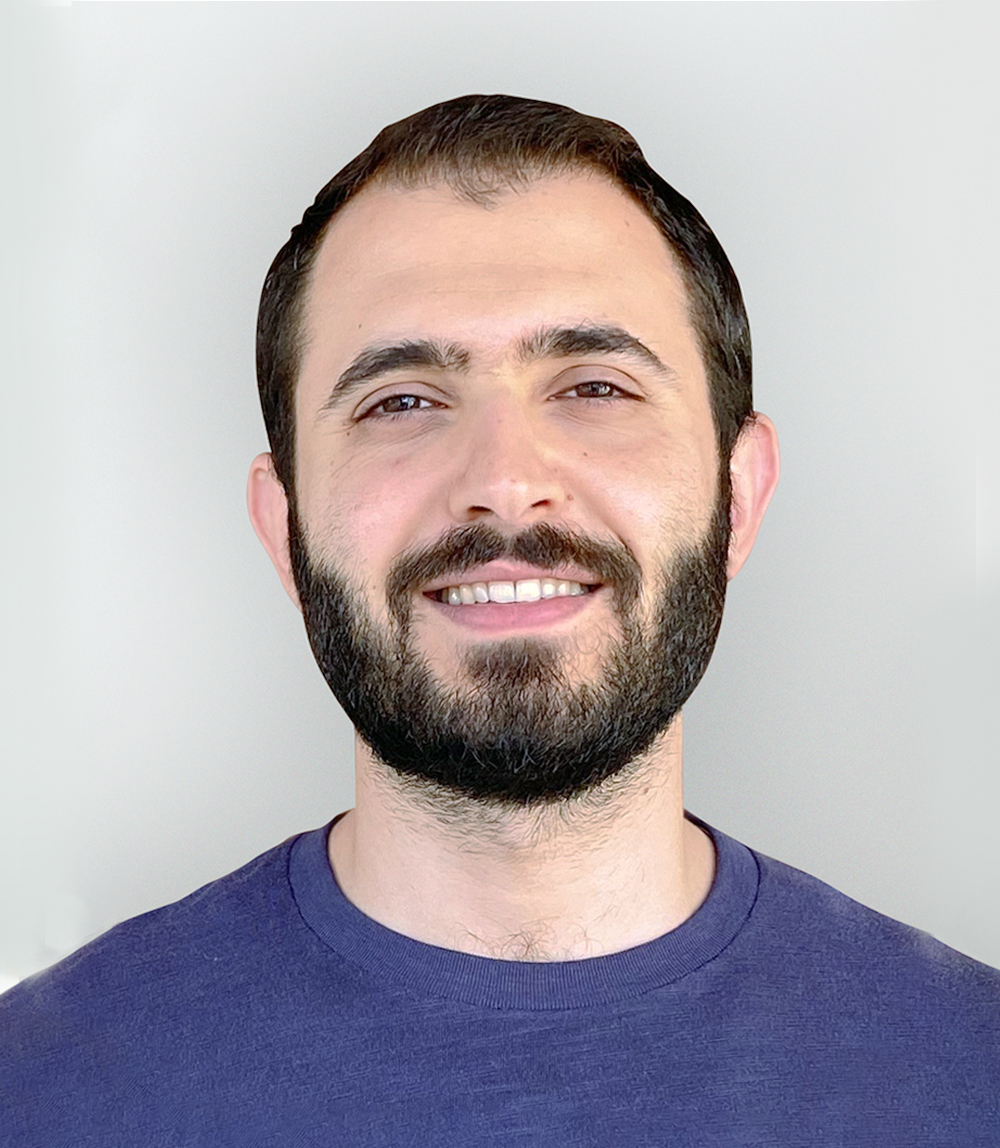 Amin Dada
Creative Director - MENA
With over a decade of experience in advertising and branding, Amin has a passion for well-crafted and beautifully articulated ideas. Based in Beirut after stints in China and Saudi Arabia, he's worked with clients and NGOs in diverse industries from fashion to finance. 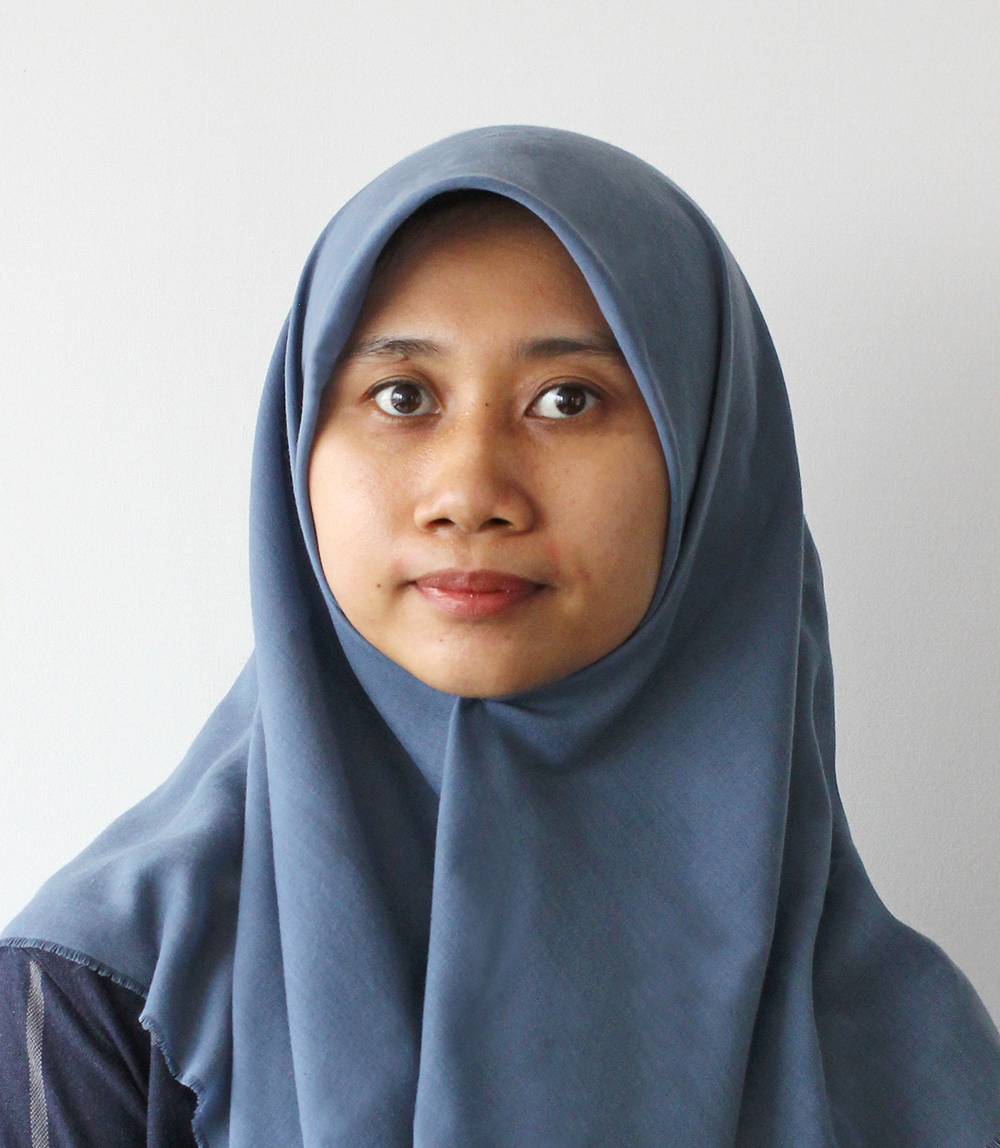 Fadilah Arief
Designer & Indonesia Lead
You might know Fadilah from her popular Instagram comic Fadilah In London, which chronicles the adventures of an Indonesian grad student in the UK. She brings her talents to Gould Studio as a designer and communications expert with Indonesian insight, as well as vegetable-grower extraordinaire. 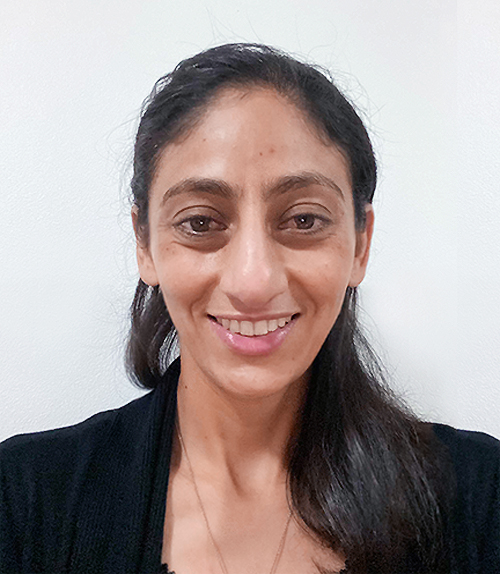 Maysoon Elahmad
Customer Experience
Having worked with some of the largest brands in Australia over the past 20 years, Maysoon is an expert in strategy, research, insights and customer experience. She brings her unique combination of skills and thinking to Gould Studio, as well as a love for newsletters and podcasts. A love so strong, she is adamant she holds the world record for subscriptions. 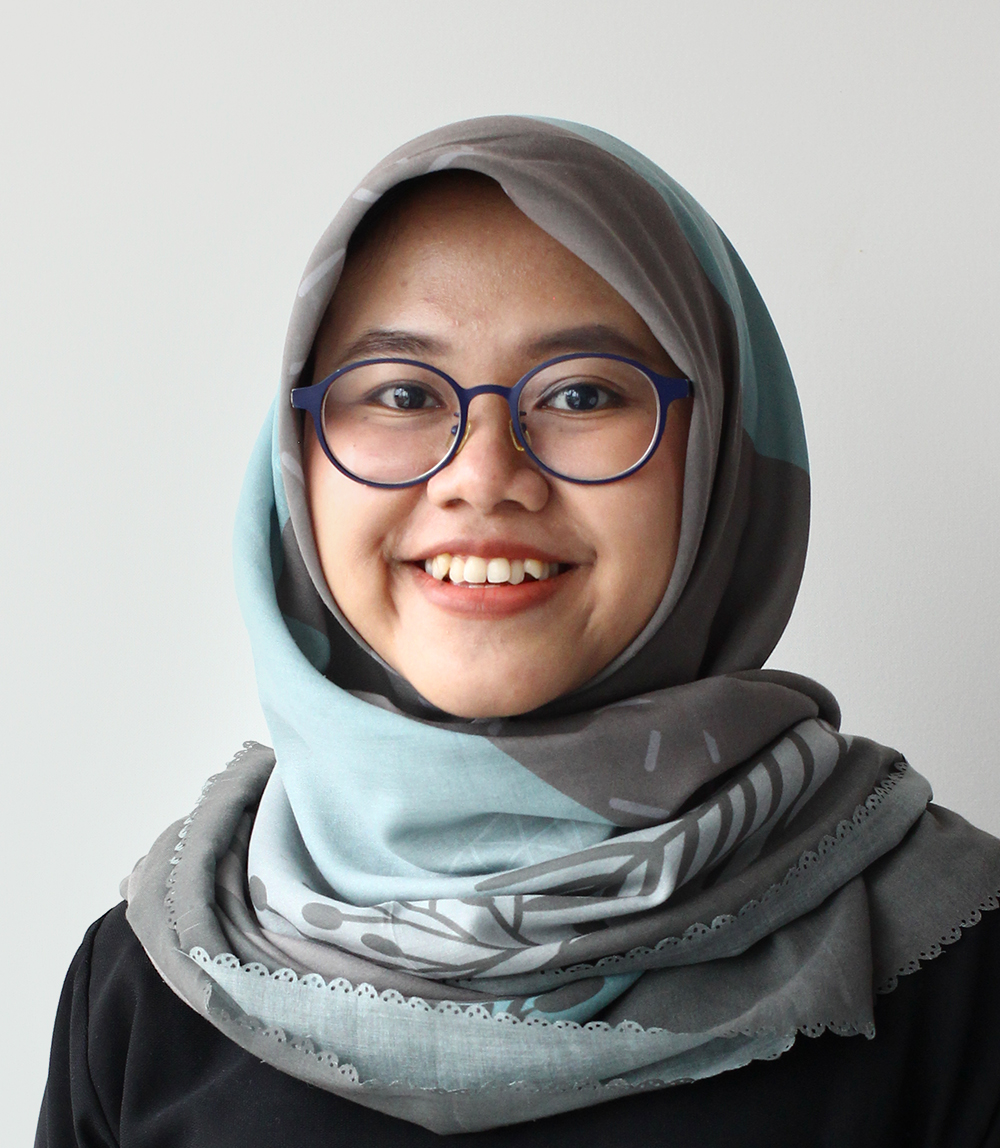 Eka Hardiningtyas (Tyas)
Designer & Indonesian Team Manager
With expertise in illustration, UI/UX and graphic design, Tyas turns her skilled hand to social media content, website design, and other creative endeavours at Gould Studio. When her designing days are done, Tyas hopes to retire to her own island, complete with a holiday resort. 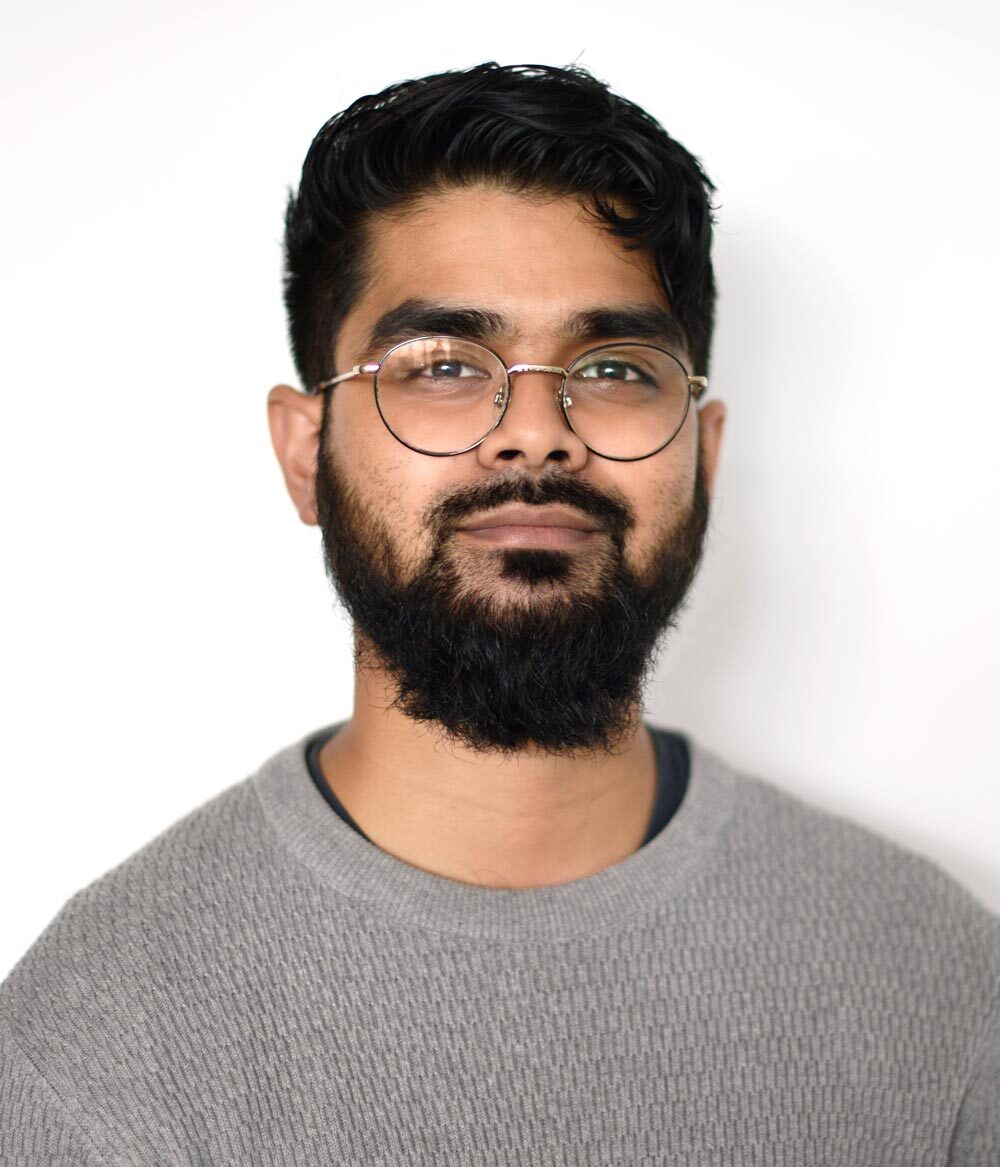 Tauqir Ullah
Designer
An Industrial Design graduate with UX Certification, Tauqir primarily views design through a functional and practical lens. With a focus on digital design experiences, he looks to applying human centred design principles to systemic and social challenges across the globe. 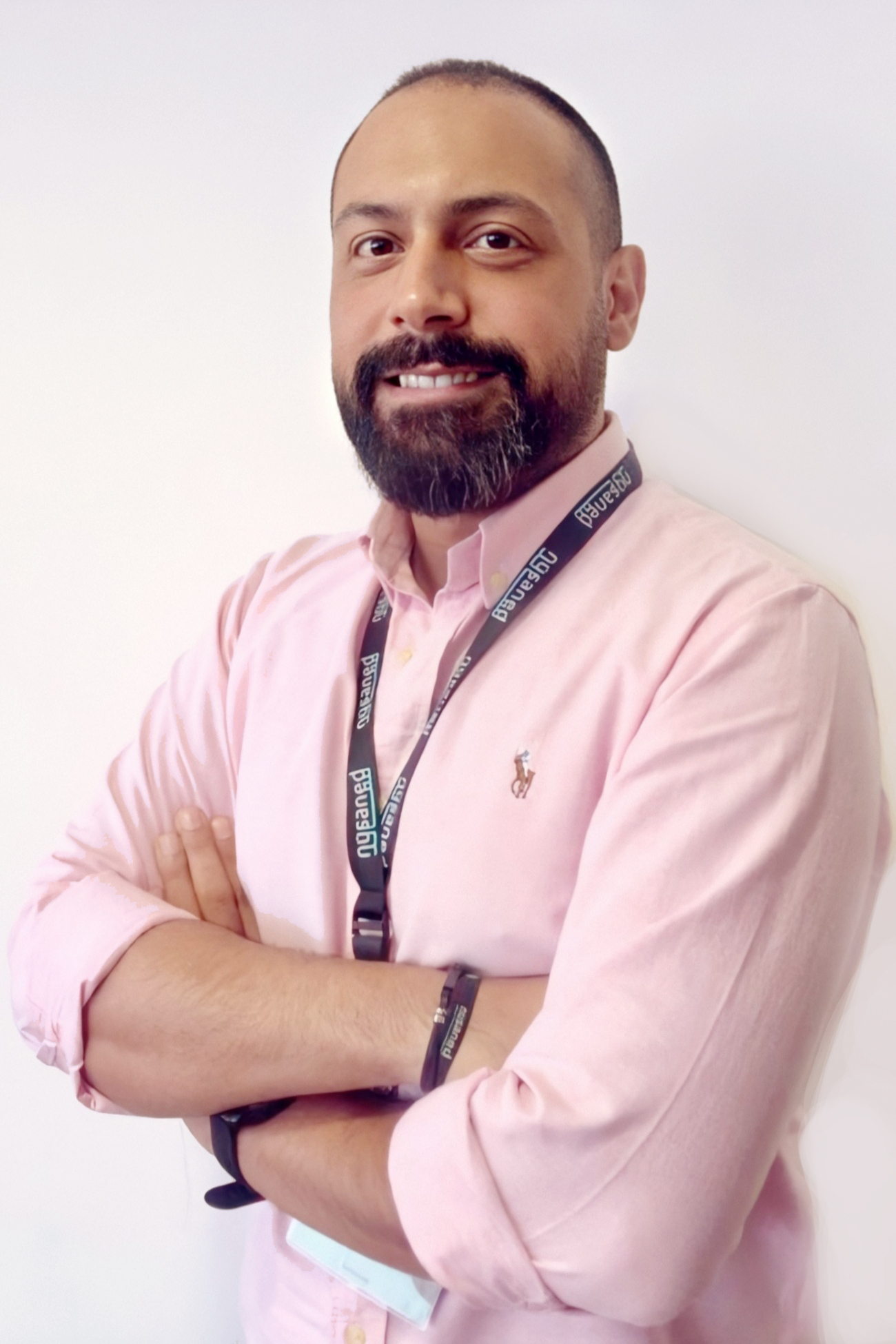 Imad Saaban
Account Manager
With a background in advertising, sales and communication, Imad is one of Gould Studio’s true multi-disciplinarians. As account executive and manager of the Beirut office, he excels at project management and business development, and as such has become a familiar and reassuring face to many of our clients across MENA and the GCC. 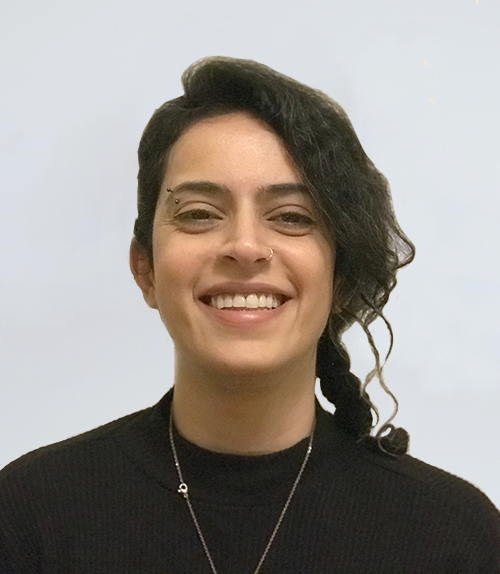 Diana Ghazal
Designer
As well as working with corporate clients across Lebanon, the GCC, and Australia, Beirut-based Diana has put her branding, editorial design and print design expertise to good use for a number of NGOs. Away from the computer screen, Diana loves her plants, cats, and clay crafts, and is passionate about hiking, camping, and other nature-based activities. 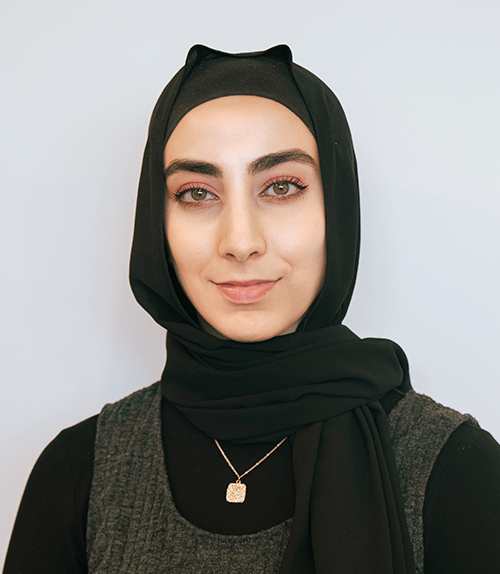 Najwa Alameddine
Designer
With a double bachelors in design and education, Najwa is not only a design pro, but also a qualified secondary teacher in industrial and visual arts. At Gould Studio she focuses on user research, rebranding, graphic design, and digital marketing. A keen traveller, gardener and stationery fan, Najwa is also our resident pâtissier, with a talent for French macarons. 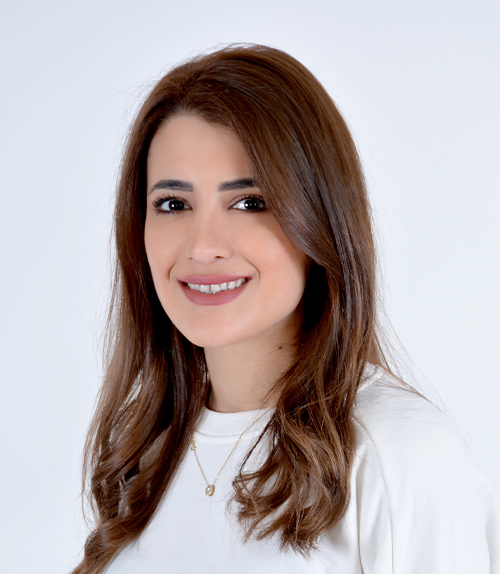 Mariam Al Kaissi
Designer
Having worked with clients across the Middle East and Africa for almost a decade, Lebanon-based Mariam is an expert in design and branding across all print and digital mediums. As well as a love for humanitarian work, she has a passion for fitness, healthy eating and the sea, as well as spreading as much positive energy as she can. 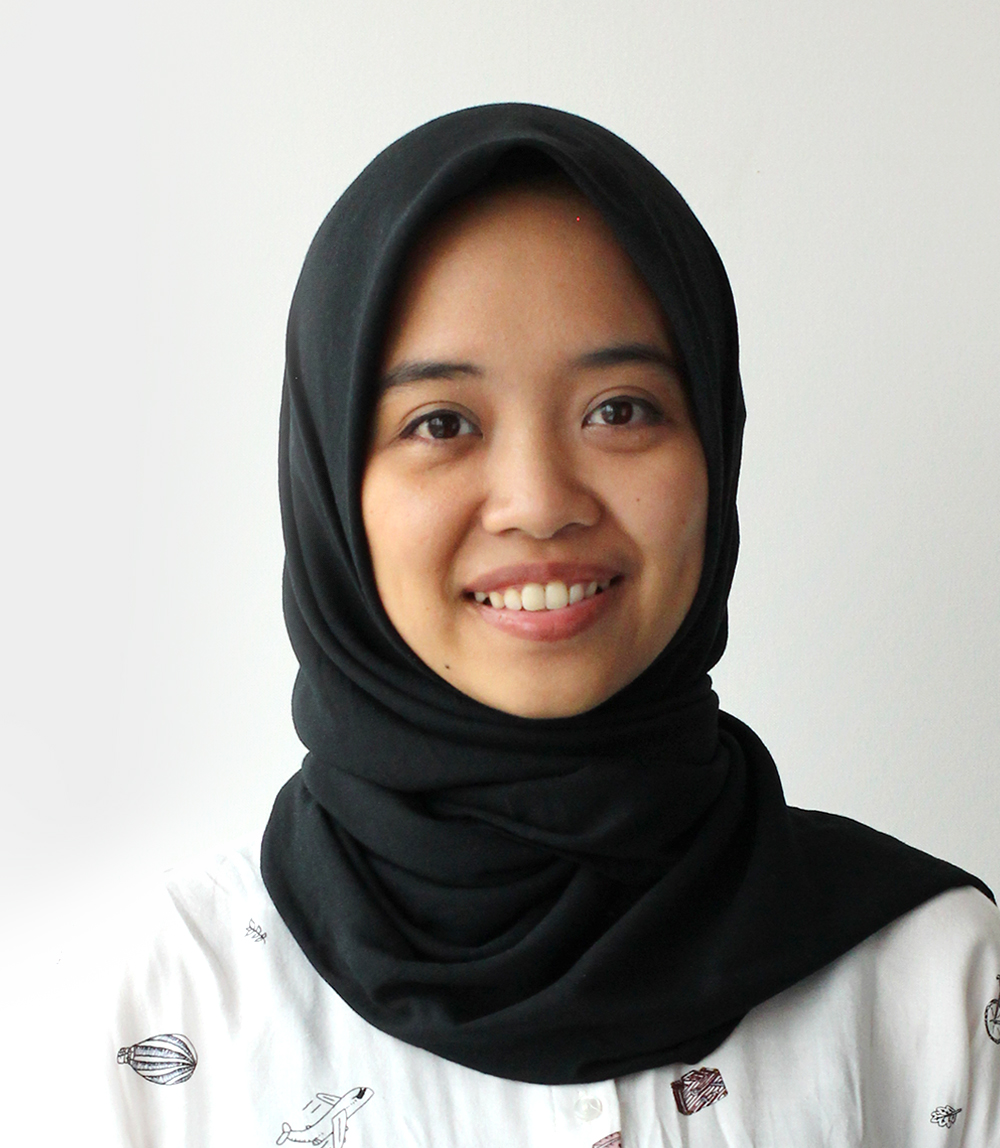 Amanda Siswojo
Designer
An NYU graduate with a background in game design and illustration, Amanda has a passion for creating art that expresses meaning and culture. One of the team’s resident gaming experts, Amanda also turns her creativity to crafts and DIY, while enjoying conversations with her cats. 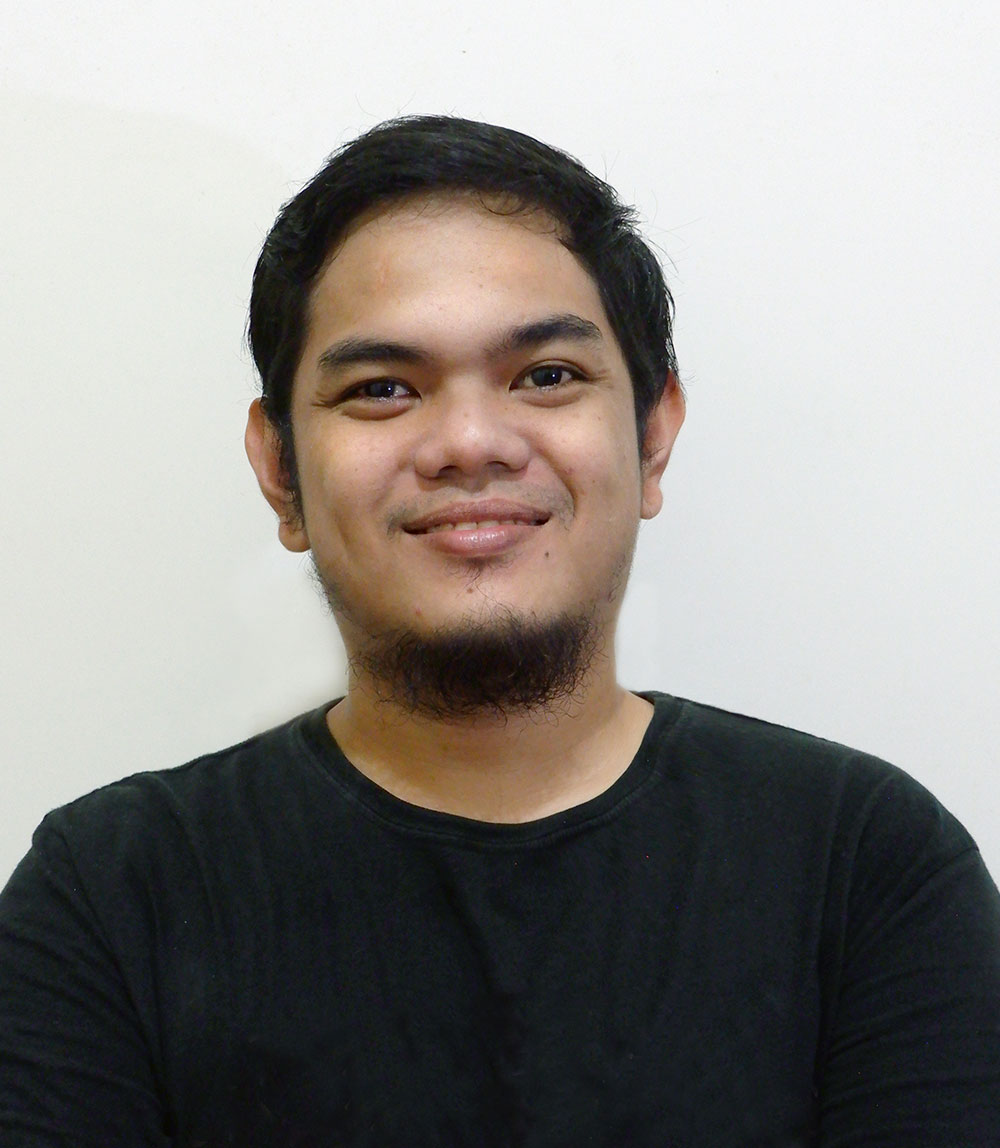 Gilang Gitarana
Game Developer
Games are a way of life for self-confessed addict Gilang. As well as being an expert gamer, the programmer, 3D artist and technical artist has been instrumental in developing internationally renowned games, as well as making his own. His professional ambition is to make beautiful games that inspire people. 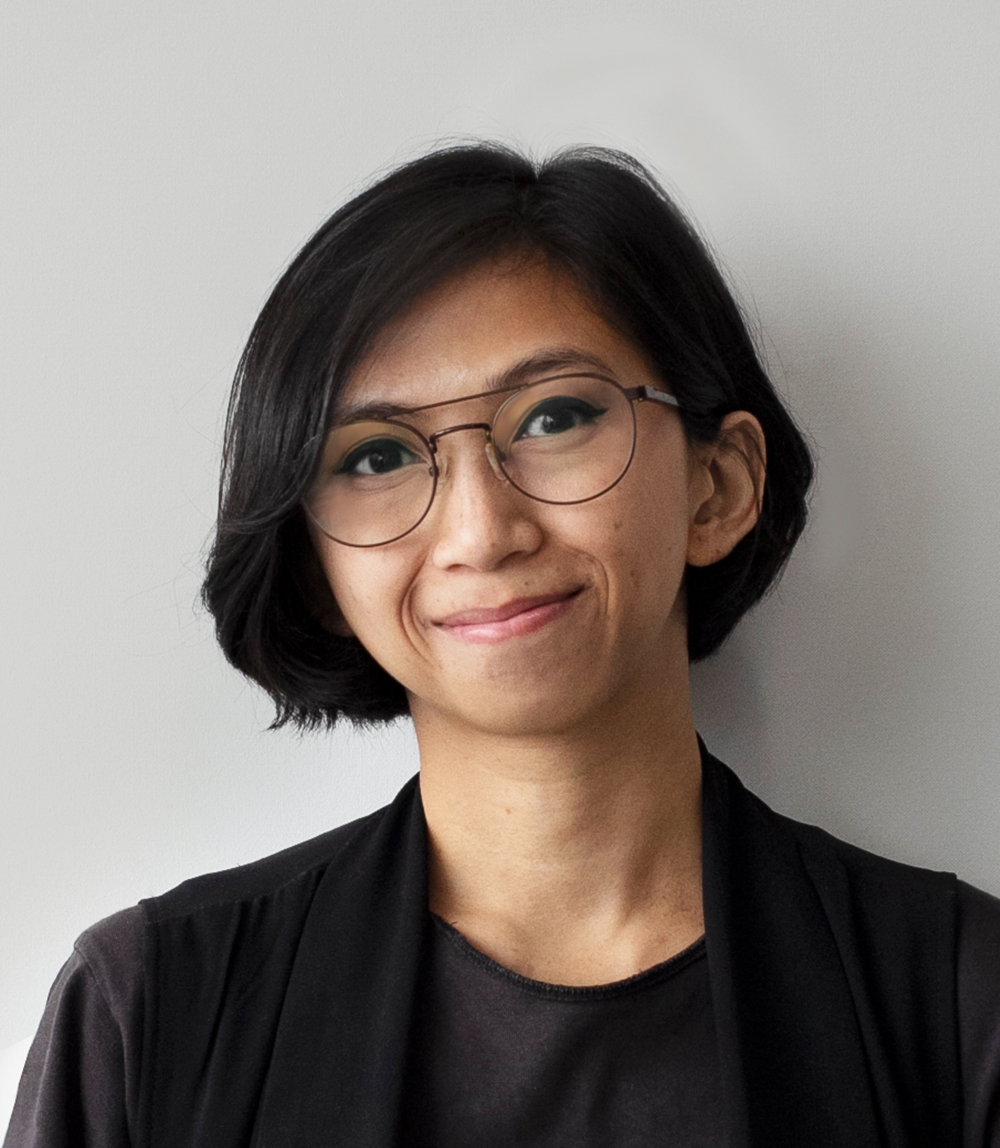 Dinda Gayathri
Designer
Dinda brings a wealth of expertise in graphic design, illustration, and art direction to Gould Studio. Rarely seen without a multitude of bracelets on her wrist, Dinda is a crafting devotee, making accessories and toys for her daughter. She’s also a musical maestro, singing and playing guitar in her free time. 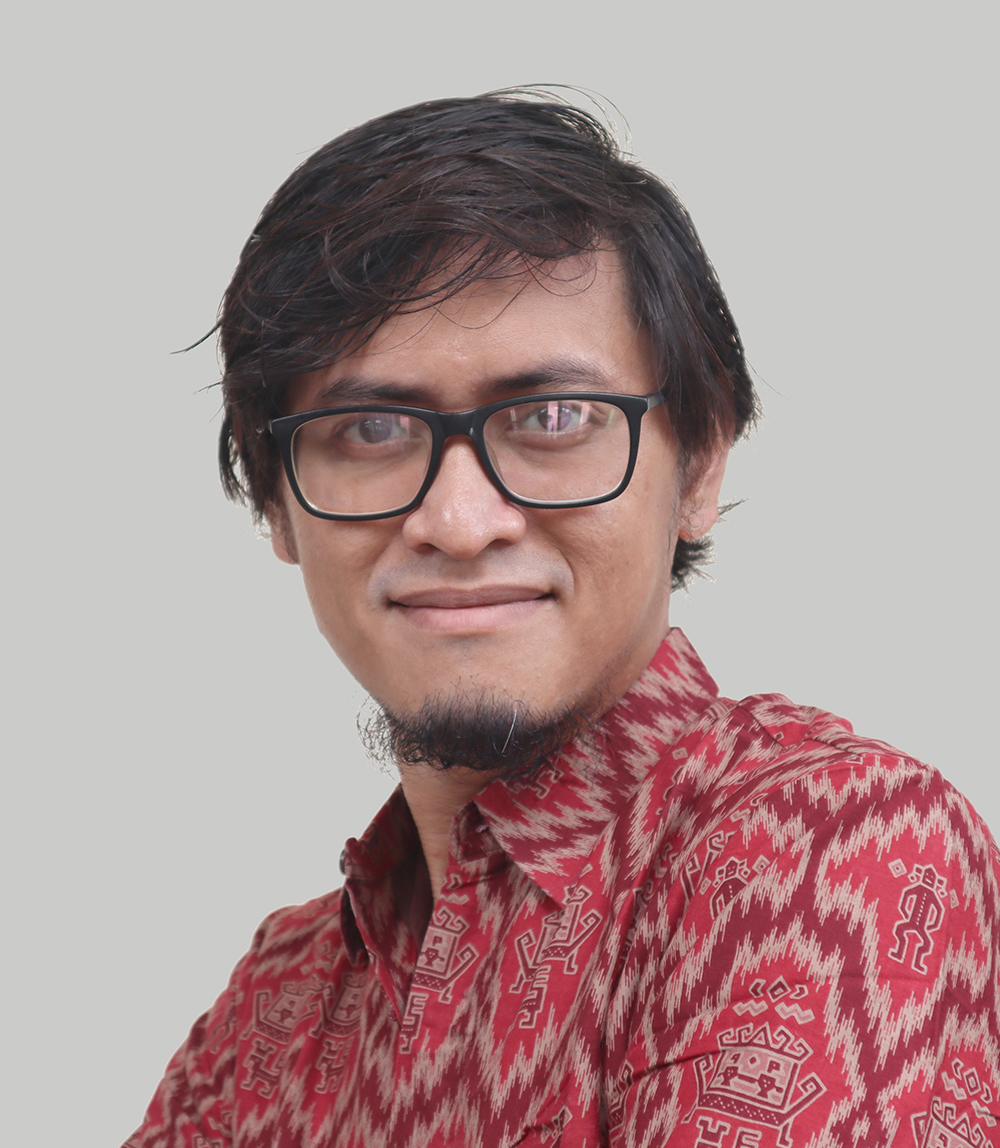 Bowow Nomura
Motion Designer
Much of the movement you see in our projects is thanks to Bowow. An expert in motion graphics, design, and animation, he keeps his imagination vivid through conversations with his kids, and carries his love for motion into his hobbies of inline skating & rollerblading. 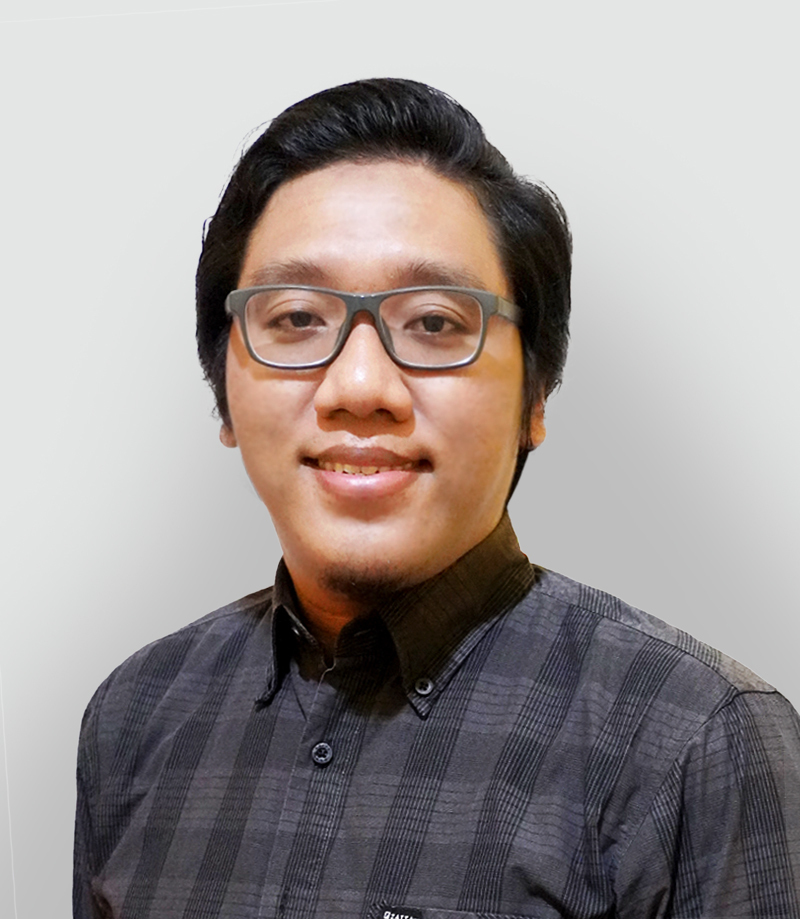 Dody Armanto
Motion Designer
Combining his expertise in motion graphics, design, animation and video editing, Dody is Gould Studio’s motion designer. With a life mission to find ways to become ever-more creative, Dody’s sense of imagination is fuelled by his family; especially his daughter, with whom he shares a love of video game.

Subhi Bora
Communications Director
With a background in psychology, Subhi leads our human-centered design research, while also working on business development and marketing. Passionate about human rights, she uses creativity to raise awareness about Uyghur culture through numerous initiatives. Subhi also has a butterfly named after her.

Sydney
Ahmed Riaz
Game Development
Working at the intersection of product design, research, strategy, ideation and gaming, Ahmed is our cheat code for all things 8-bit and beyond. Currently head of design for Astro Gaming, his past quest log includes proficiencies in design research for aircraft interiors, reimagining e-commerce for eBay, mobile agriculture solutions for GSM and 10,000+ hours of creative directing small teams to do amazing work for fortune 500 companies.

Dr Sayd Farook
Islamic Economy & Policy
Having previously served as Advisor to the Executive Office of the Vice President and Prime Minister of the UAE and Ruler of Dubai, Dr Sayd is now Group Chief Operating Officer of Crescent Wealth in Australia. A long-time friend of the studio, his knowledge and understanding of strategy, policy, and the Islamic Economy, is matched only by his efforts in helping refugees. 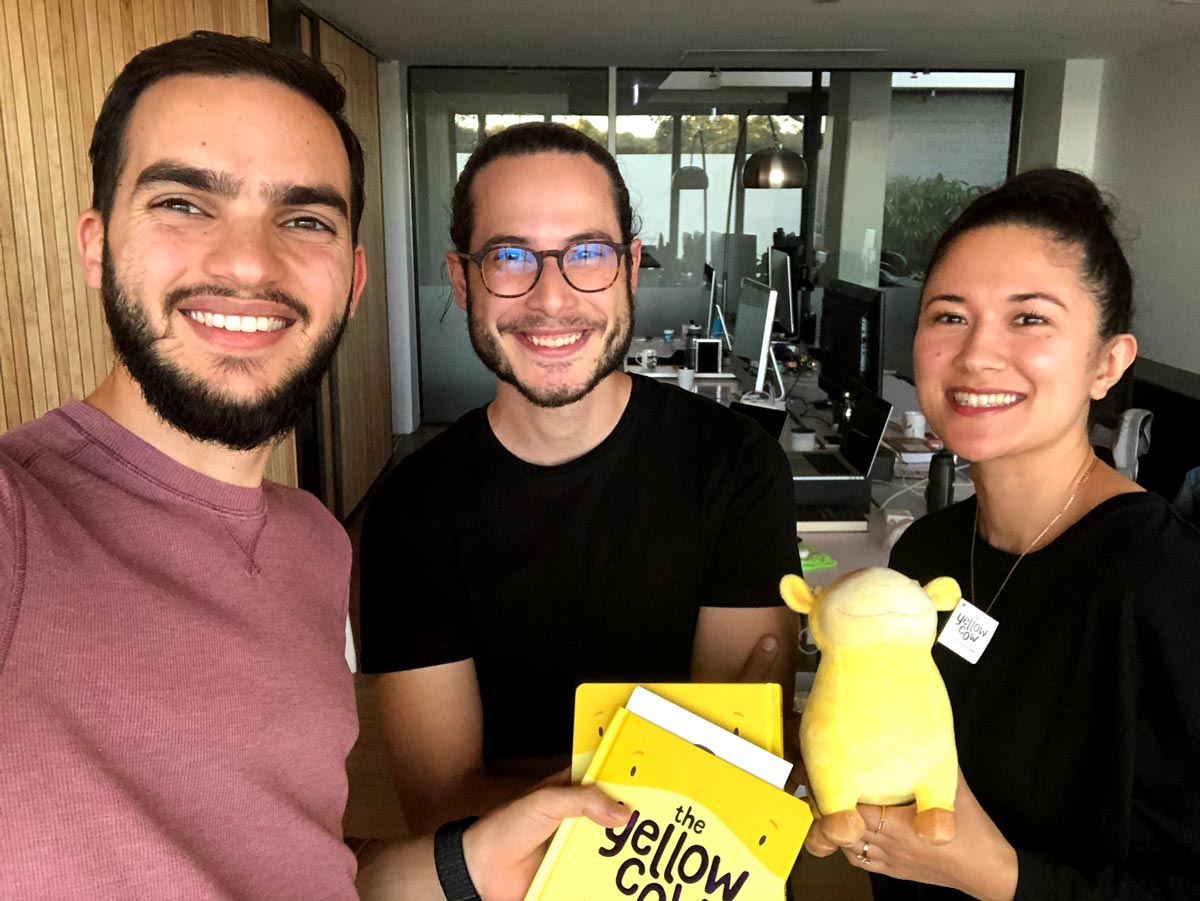 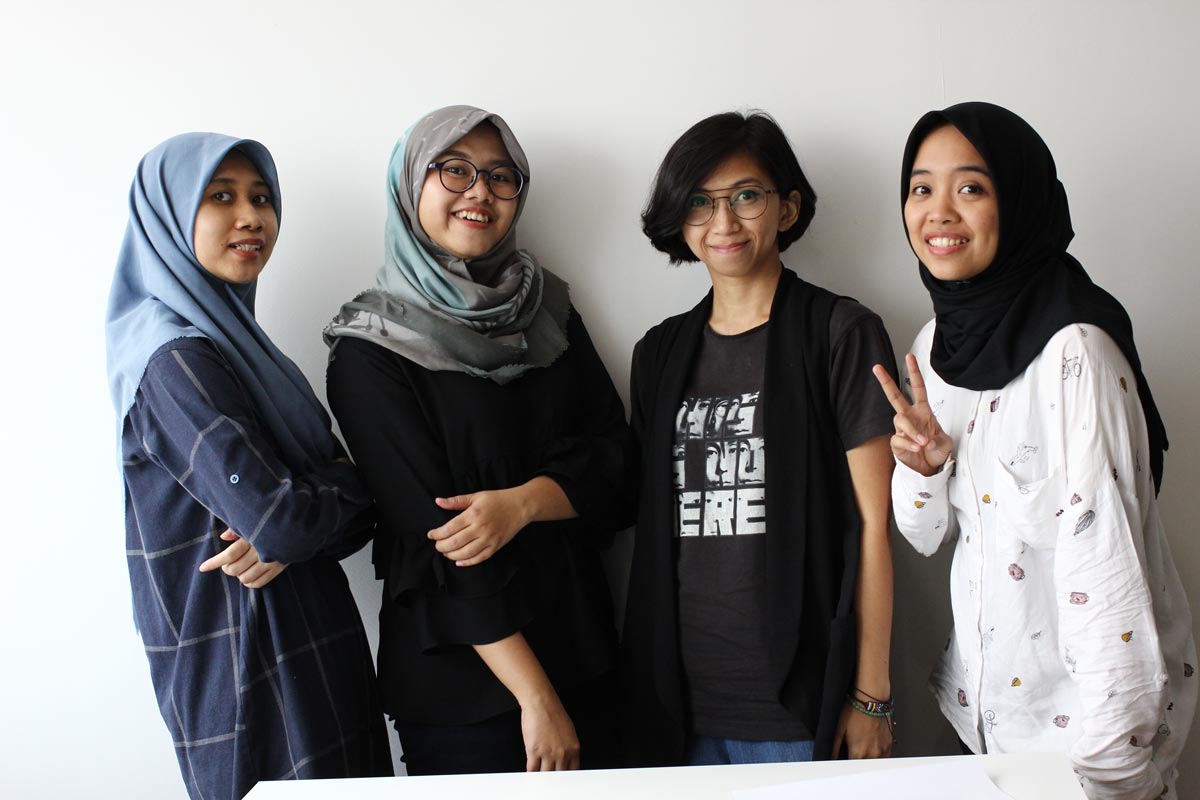 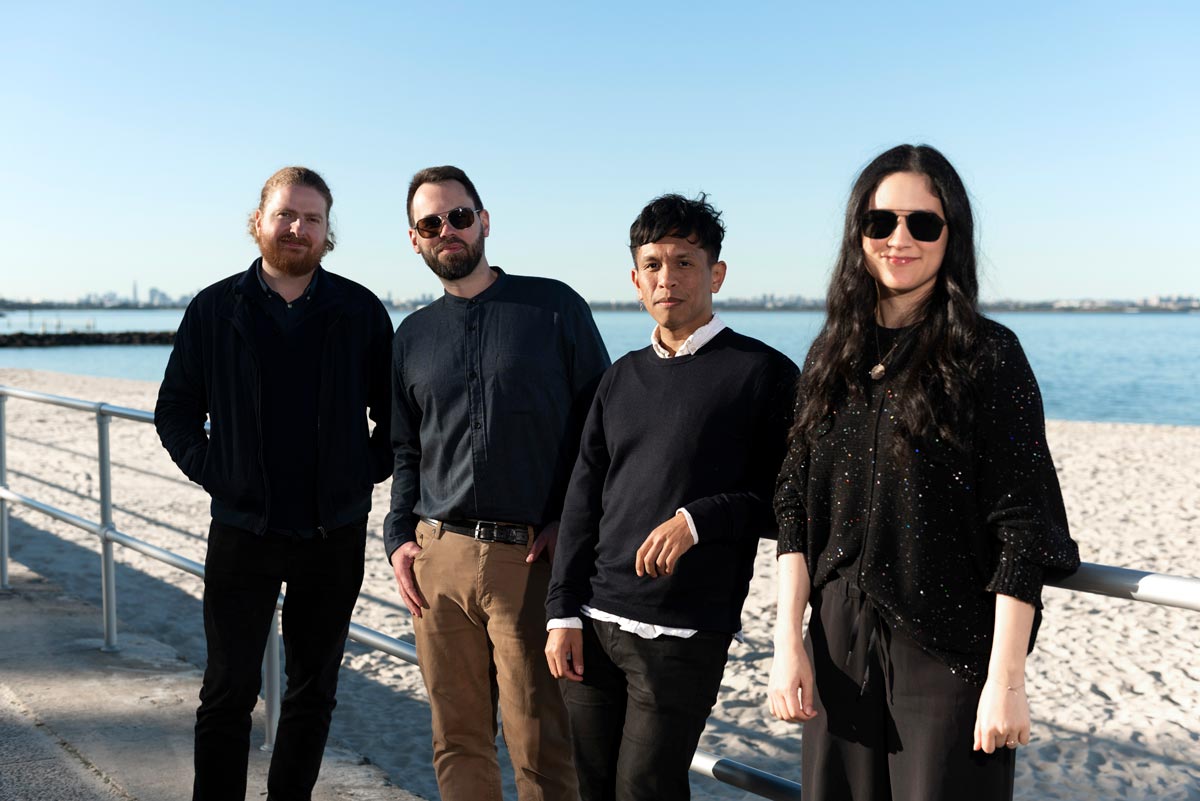 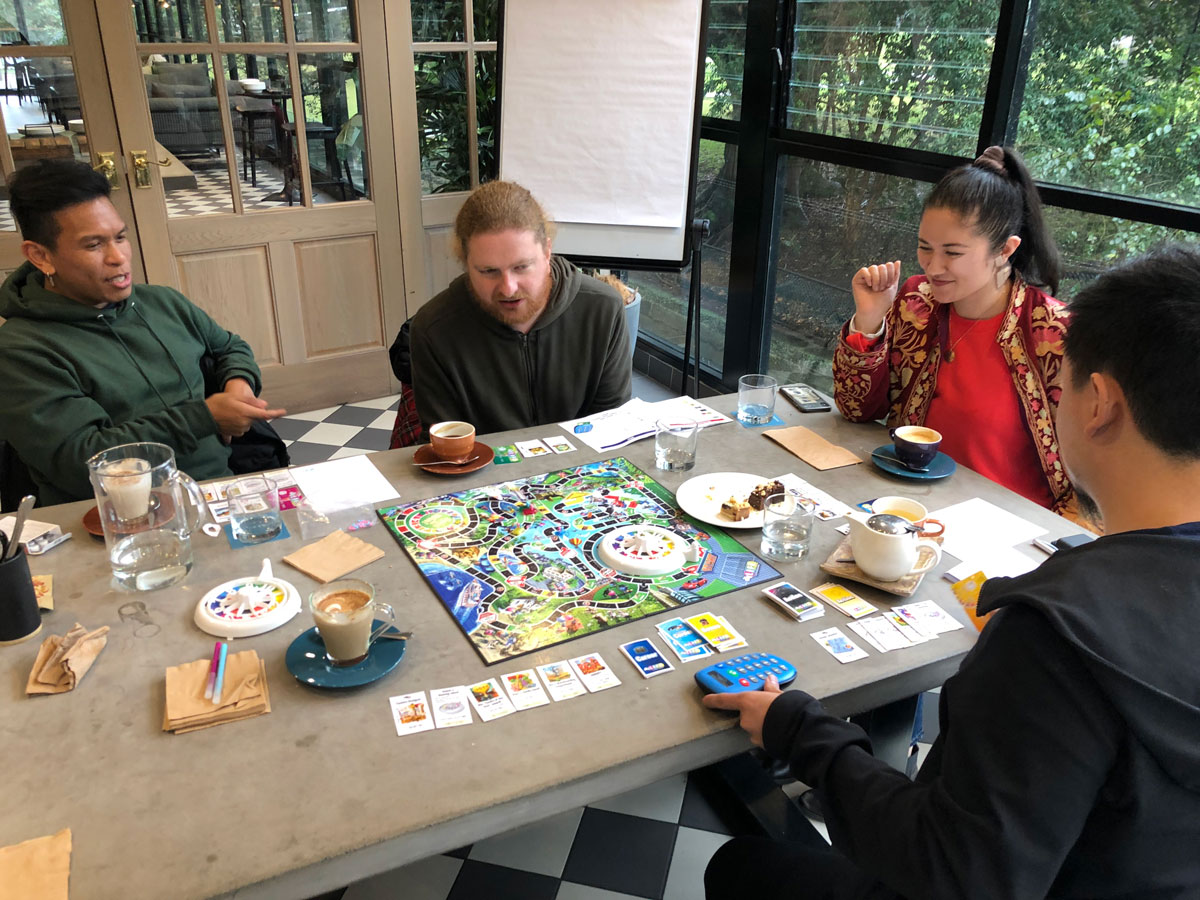 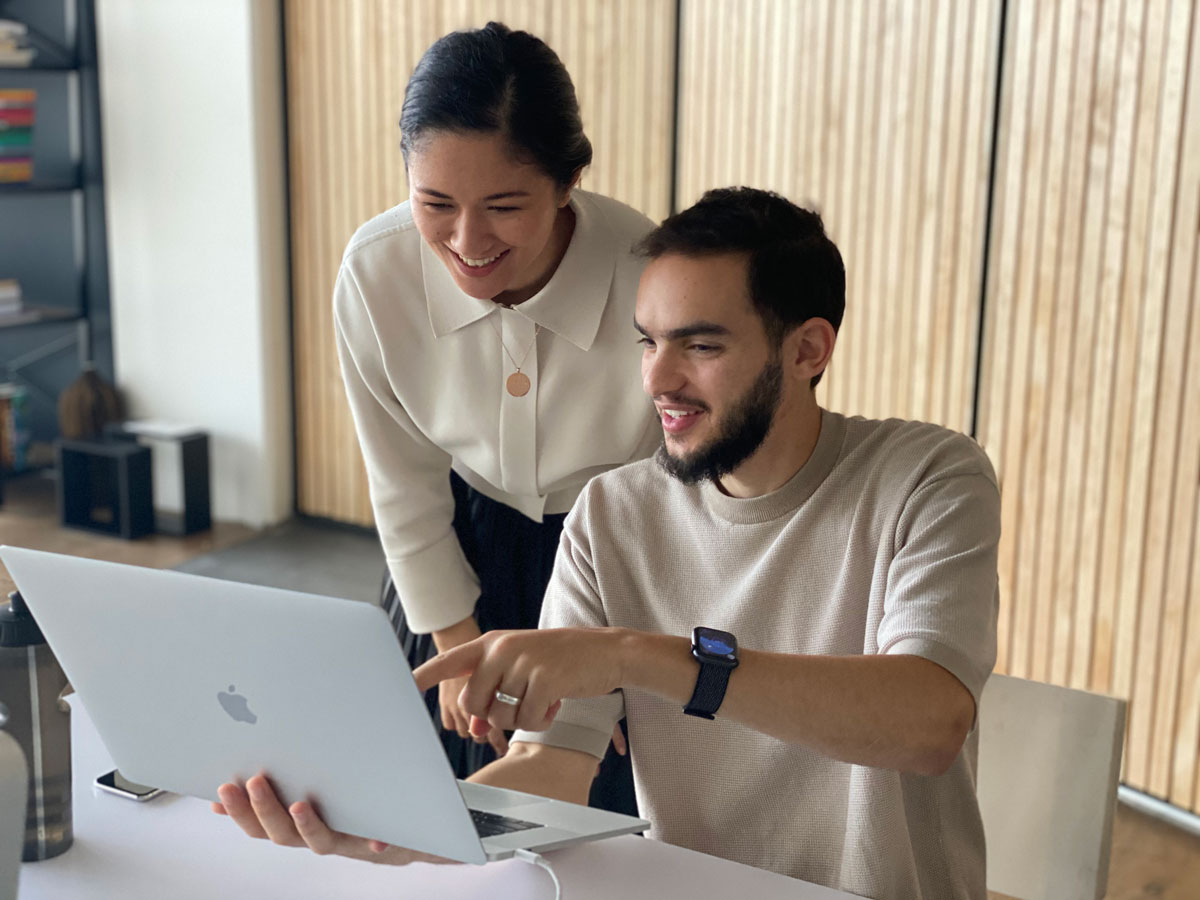 CEO and Founder of Gould Studio, Peter is an award-winning designer and creative entrepreneur. His personal spiritual journey has been a major influence on his creative work. His contribution in founding creative platforms and community initiatives has resulted in global recognition. He has also been appointed an Australia for UNHCR Ambassador for Refugees.

He is a recipient of the Stanford Certificate of Innovation & Entrepreneurship and has lectured on Design Thinking at the University of Technology Sydney.

Peter also teaches through his online platform, The Heart of Design, and facilitates workshops to audiences ranging from senior levels of government to classrooms over the world. His vision is to encourage a Heart-Centered Design movement that enriches humanity by fostering cross-cultural understanding and spiritually-inspired entrepreneurship. 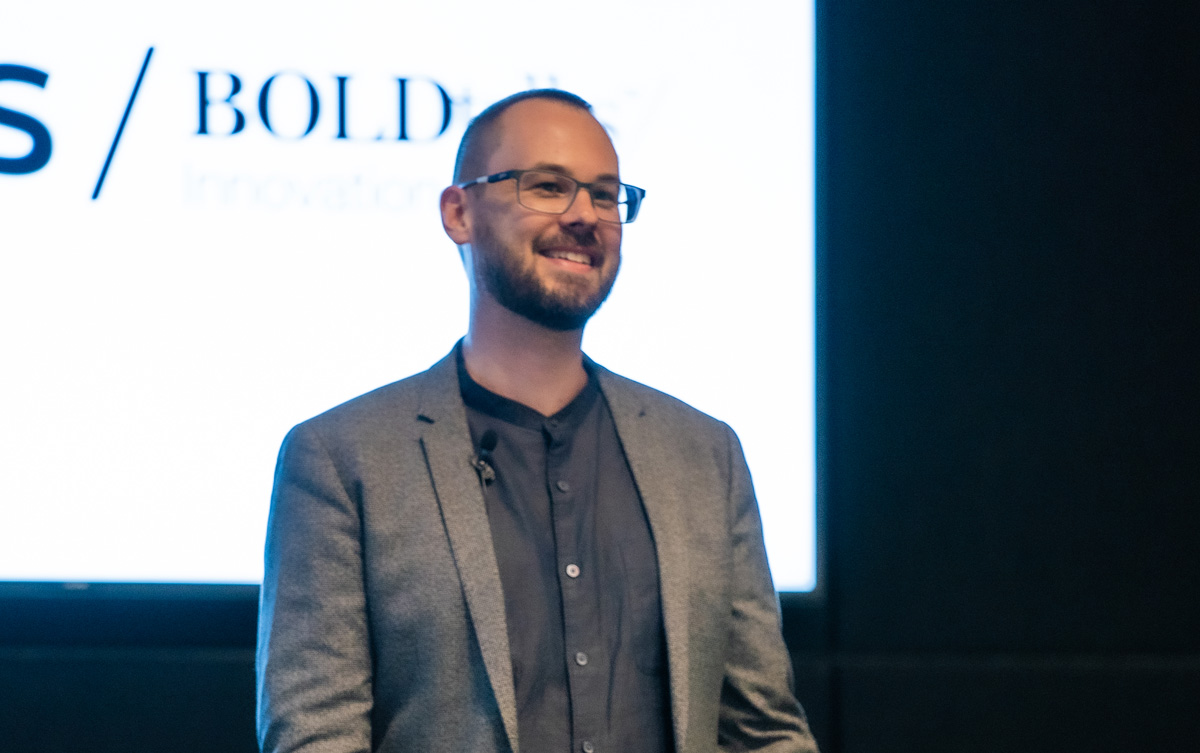 “People dream of becoming someone or doing something that will leave a lasting impression for generations. Peter Gould is one of those dreamers who found the courage to pursue his dreams.”
Saudi Gazette

We believe it's a responsibility to help strengthen our communities. Over the years, we've helped bring together like-hearted people through numerous projects. We've introduced design thinking to young students, we actively support charity campaigns, and more.

Peter Gould is an Australia for UNHCR Ambassador supporting refugees.

Educational programs to inspire a bold thinking for a bright, shared future.

Online courses at the intersection of design, spirituality & entrepreneurship.

Please check our opportunities page for latest job openings. Even when we don’t have positions available, we’re always happy to connect with new people. Join us on Instagram, LinkedIn, and sign up to our newsletter, where we will share regular updates.