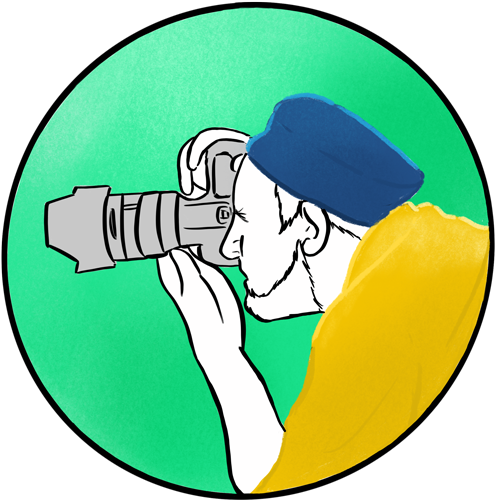 Creativity as Connection with Peter Sanders

In this conversation series, we explore design as a spiritual practice with creative leaders, spiritual teachers, and startup founders from around the world. Here, Peter Gould interviews renowned photographer of the Muslim world, Peter Sanders

I’ve always felt a close affinity with photographer Peter Sanders - and not only because we share a name, faith, and passion for creativity. His spiritual journey is deeply inspirational, as is his remarkable catalogue of work documenting the beauty and diversity of the Muslim world for over 50 years. A treasured friend and mentor, I sat with Peter to discuss the importance of creativity as a means of authentic connection.

You may have read my previous conversation with Dr Abdallah Rothman, our psychologist friend and coffee aficionado who shared some insights on the idea of creativity and design as a gift that is entrusted to us. He explained how designers might adopt a state of servitude by seeing themselves as conduits or channels: “Like a bridge between the unseen world and the physical world”.
‍
During our discussion, he said, “One of the biggest gifts that the human being has is our imagination and our intuition, that allows us to tap into this unseen dimension of God's reality,” which reminded me of a beautiful conversation I had with my friend, teacher, and world-renowned photographer Peter Sanders.

Peter and I met up for tea the day after I had attended his Art of Seeing photography masterclass in Dubai, and I took the opportunity to ask him about creative processes and the balance between intention, planning, inspiration, and awareness. He said: “Take Bob Dylan. People used to ask him about all these great songs and he would say ‘they just came from the sky and I grabbed them as they passed through’.

“That’s a deep understanding of creativity. He’s not claiming any kind of ownership of it, he’s just saying it passed by and I grabbed it. Creativity is happening all the time to different people in different places – it’s a conversation that’s happening around us all the time.”

It was a joy to sit with Peter and take the benefit of his decades-long journey through creativity. Finding fame in the 1960s as one of London’s leading rock-and-roll photographers, his shots of Jimi Hendrix, The Rolling Stones, Bob Dylan and many others captured a unique moment in time that still excites and inspires countless people around the world.

After accepting Islam in 1971, he started out on his new creative path – photographing the beauty of Islam and Muslims across the globe, from the deserts of Mauritania and the mountains of Makkah, to the madrassas of China and shores of Senegal. It’s a calling he continues to answer 50 years later.

I’ve known Peter personally for almost two decades, being one the first people I followed and contacted when exploring how Islam might inform a professional creative path. His beautiful character, guidance and wisdom shared in our many meetings around the globe has led me to consider him as my role model in masterfully navigating the spiritual path and creative path. His Art of Seeing workshop, which has been held in various locations around the world, is an example of this in practice, helping people to tap into their creativity by finding an almost meditative state of ‘watching’ as they look and wait for their next photograph. Echoing his story about Bob Dylan, I have heard Peter say before that “a good photograph is a gift from God” – we just have to be able to see it.
‍

It was on the back of this workshop that I sat with Peter, and I started by expressing my gratitude that classes such as his exist, as people need to know that it’s OK to embrace your spiritual gift.

“I had a young girl come up to me and tell me she wanted to be creative, but her parents were against it. What does that mean, that you don’t want your daughter to be creative? Maybe it’s the perception of ‘not having a proper job’, but we wouldn’t have so many problems if people were more creative. It’s part of the world now, that everything is geared towards money, which is fine, we need to make money. But you need to balance it, otherwise you lose your humanity.

“It’s very important. I’ve seen how people transform when they start to do something they love.”

“I’ve seen how people transform when they start to do something they love.”

As we discuss the importance of creativity for Muslim communities, Peter tells me “there’s a real need for it”, suggesting that we “need to take Islam out of the box” and let people explore its creative and spiritual aspects without constraints.

“Somehow Islam has been reduced to something small, but it’s so much bigger than that,” he says.

“The whole New Age movement is here because people feel out of touch. They’re looking for something ‘more’, but feel like they can’t find it in Islam, because of the limitations that we've put on it, which isn’t how it should be. We’re spiritual human beings, but sometimes it feels like we’ve forgotten that.”

Picking up Peter’s thread about New Age spirituality and people’s search for something ‘more’, I mention that many leading lights of the business world – especially entrepreneurs – have increasingly advocated for more spiritual daily practices, such as mindfulness, meditation, journaling, finding presence, and expressing gratitude.

Tim Ferris is one name that immediately comes to mind. I’d been following the entrepreneur and early-stage technology investor since his well known best-selling book The 4-Hour Workweek, and subsequent success as a prolific podcaster, with his show amassing more than 700 million downloads.

As well as covering straight-down-the-line business topics such as performance, strategy, investment and innovation, Tim also discusses more spiritual elements that he has found benefit in. As someone following his work for some years, I’d noticed a trend in recent times. A look at his latest podcast episodes shows conversations about his favourite new apps, NFTs, Blockchain and crypto regulation, as well as discussions about the meaning of life, Zen philosophy, and prayer.

For Peter, this infusion of spirituality is essential to entrepreneurs and business people, just as is it to creative practitioners.

“These guys wouldn’t be successful without doing these things,” he says.

“Human beings need that – that connection – no matter what your path is in life. If I didn’t get up early in the morning and do my things, I wouldn’t be able to access creativity so easily.”

I ask him about his particular habits, and how it helps him.

“I get up before dawn – for me that’s a very strong time. It’s a time by myself, and I try to make connection. I can’t go back to sleep after fajr (the morning prayer), so I might do some work, might do something very creative. And if I do that, I find my day is so good. When I get a lot of work done in the morning, it frees me up in the afternoon to do other things.

“That’s just me – other people might be night owls. In the evening I just need to rest, and not be very sociable. I’ve learned over the years that that’s what works for me, and other people will have to learn what works for them, and how it fits into their daily program.

“But I do believe it’s essential – it’s the same as eating or sleeping.”

He tells me he’s been focusing on breathing recently in order to strengthen physical, creative and spiritual connection, especially as part of his dhikr (the practice of repeating prayers, phrases, or the 99 names of Allah as a means to remember God), but also through the ancient Chinese art of Qigong.

“I really love Qigong - it’s so amazing,” he tells me.

“People keep telling me I need to exercise but I’m not much of an exercise person. Qigong is linked with Tai Chi, but it’s very different. It’s very old and was apparently created because the monks had terrible trouble staying awake during the night. They would fall asleep while doing their prayers. So Qigong was created to give them energy, and give their body balance physically.

“It’s very simple exercises with harmonising movements. Tai Chi was more for fighting – a martial art. Qigong is not for fighting, it’s for harmonising the body. And there’s so much healing in breathing. Whatever illness you have, or pains, you can do so much with breathing.

“It’s God’s wisdom - ancient wisdom, that we still have access to and can benefit from.”

‍
Training your eye to see

As we talk more about ancient wisdom (an area of particular interest for us both), we discuss how it’s being creatively applied to modern day art forms. Not just design and photography – our own core disciplines – but in a wider context.

“Great spiritual ideas come in books, come in poetry and also come in films," he says.

"If you’ve got an awareness, you’ll see what you're being shown – just like in photography, music, and all other art.”

It seems this idea of ‘seeing’ is a constant feature of Peter’s life, perhaps unsurprising for a photographer, so I’m curious what advice he would give when it comes to turning inward and ‘seeing ourselves’ properly.

“We have to keep asking ourselves the question ‘who am I?” he says. “Some people have got big openings after asking themselves this question over and over again. But we also need to ask ourselves ‘where are we?’ Not just physically, but where are we in space and time? And then ‘what’s our purpose? Why are we here?’ And then once you know that, ‘what are we going to do about it?’

“Those four questions are really deep when you think about it. Because ultimately, what you do has little relevance. Much more important is how you did it. We all have gifts that God gave us, but how are we using these gifts? That’s what really counts.”

“We all have gifts that God gave us, but how are we using these gifts? That’s what really counts.”

As our time together starts to come to an end, I ask Peter whether he’s optimistic about young creatives and the work they could produce in the future.

“Yes, absolutely, but they have to have the confidence to take the challenge on board. And we need to give them that confidence. They’re going to make mistakes – we all do. That’s how we learn.

“Like we were saying, they need to think out of the box. I sometimes feel like Islamic architecture got stuck about 200 years ago. And the same for Islamic fashion. Who says people have to dress like that? It’s about being modestly dressed. I’ve seen Spanish designers - nothing to do with Islam - dressed in modest clothes. Islamic fashion doesn’t have to be fixed in a particular style - we have to be modest, but that’s a broad thing.

“Who says every mosque needs to have a minaret and a dome? Why can’t it be steel and glass and very visionary? A mosque is a sacred space, but doesn’t have to look a particular way

“This has to come from the young guys – they have to take it on board and run with it. There’s a lot of scope for really beautiful, inspiring work, and I think we’re at a really interesting time. People just need to have the courage to run with it.”

Peter Gould is the founder of Gould Studio, and advocates for Heart-Centered Design to inspire meaningful products & brands that align with spiritual aspirations. He teaches The Heart of Design program and is currently writing a book on the subject. For more interviews, news and insights, please sign-up to the Gould Studio newsletter. 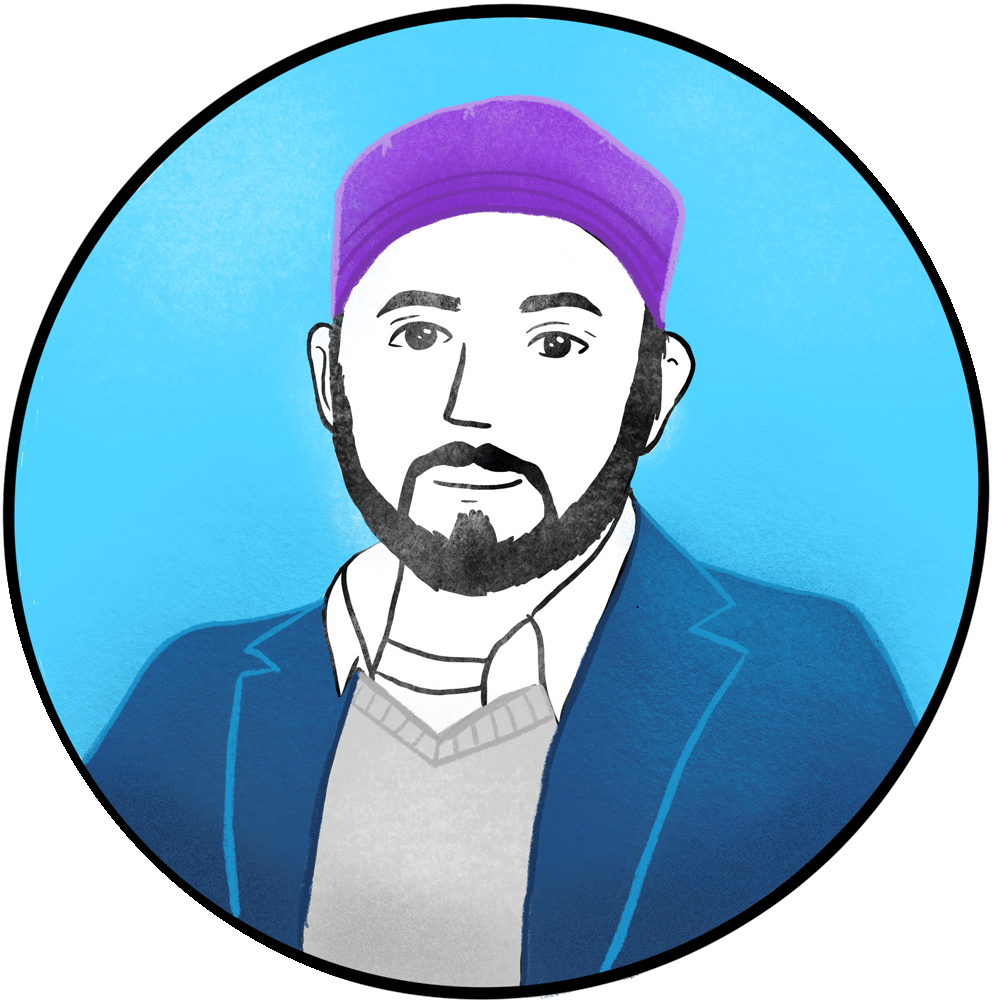 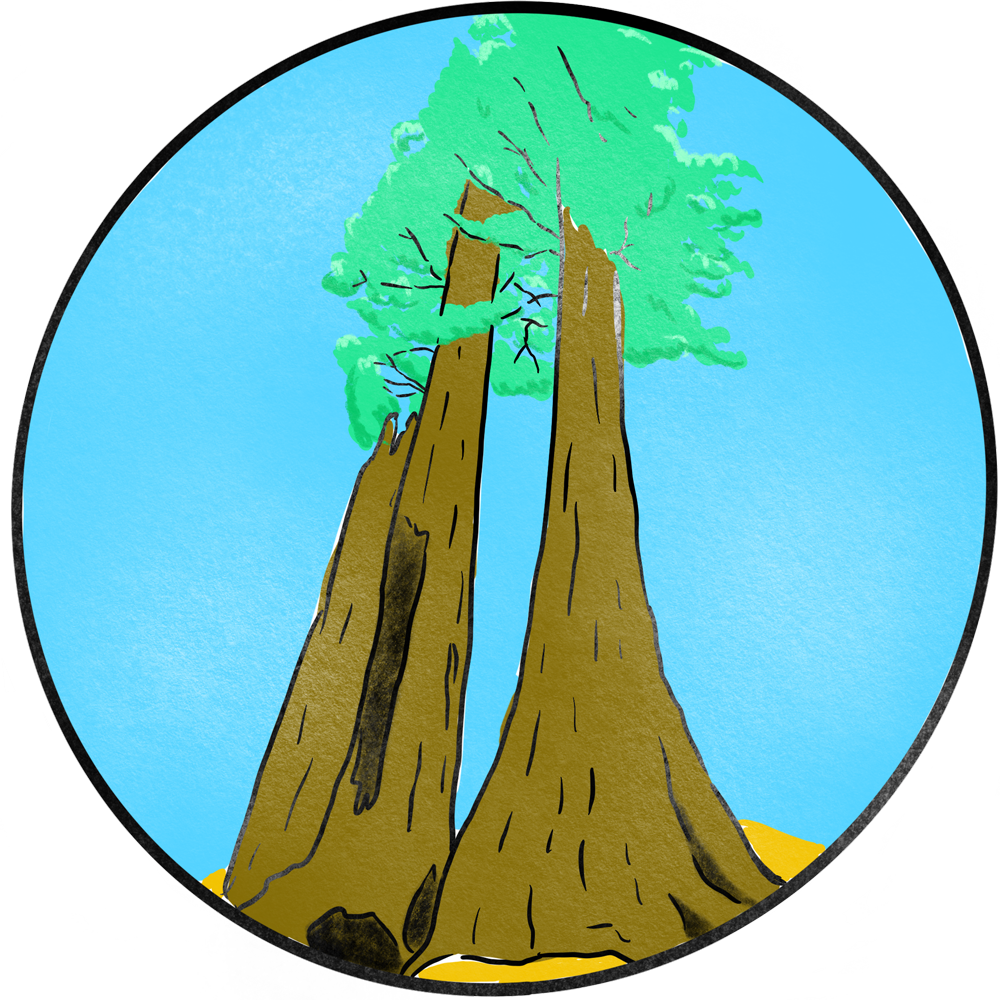