A new era for Muslim consumers

Young, tech-savvy, and aligned with their faith, Generation M has changed the face of the Islamic Economy. But how can global organisations truly connect with this diverse group of global Muslim consumers?

In recent years we have seen an incredible evolution within the Islamic Economy, with a new wave of products, services and experiences being developed that cater to Muslim audiences in authentic and genuine ways.

Led by tech-savvy and ambitious Muslim millennials – or ‘Generation M’ –  these high-quality brands have not only helped to build an innovative and dynamic creative environment, but have also appealed to Muslims on a spiritual level, representing their faith, ethics and values, while also paying heed to the global community’s cultural diversity.

As the trajectory of the Islamic Economy continues upwards, increasing numbers of multinational organisations are searching for ways to engage with the market of 1.8 billion Muslims and it’s discerning middle class. But for many, this has been a challenge that’s proved difficult to surmount.

It’s no surprise that companies want to attract Muslim consumers to their products, services and experiences. This growing middle class, driven by a huge youth demographic (two-thirds are under the age of 30) has increasing wealth and buying power. And businesses are alive to the rewards that this can bring.

In her book Generation M: Young Muslims Changing the World, Shelina Janmohamed writes: “The Muslim middle class, with greater affluence and sophisticated tastes as well as pride in their religion, are likely to triple from an estimated 300 million in 2015 to 900 million by 2030 … The Muslim middle classes are driving a boom in products and services aimed at Muslim tastes.”

Muslims are certainly spending more within the Islamic Economy than ever before. Figures from the State of the Global Islamic Economy report 2019-20 (which we helped design with our partners Dinar Standard) show that US$2.2 trillion was spent on the global Islamic Economy in 2018, with growth of 5.2% year on year. Spending on halal food is expected to go up 6.3% between 2018 and 2024, modest fashion 6%, media and recreation 5.8%, Muslim-friendly travel 6.4%, halal pharma 6.5%, and halal cosmetics 6.8%.

In respect of this new paradigm, businesses have sought to better understand the various needs, expectations and nuances of modern Muslims,

One example is Nike, whose Pro Hijab generated countless headlines when it was launched in December 2017, promoted by US Olympic fencer Ibtihaj Muhammad and Emirati weightlifter Amna Al Haddad, among others. Not only was the Pro Hijab listed as the seventh most wanted item in the Lyst Index Q1 2019, Hottest Women’s Products, it was also dubbed one of the most important designs of 2017, winning the General Excellence category in the Innovation By Design Awards, run by Fast Company magazine.

The move wasn’t without its criticism however, with some Muslim shoppers and modest fashion labels upset at the attention given to Nike, despite local brands already producing similar hijabs for some time. Question marks over Nike’s labour practices also created misalignment between the brand and many Muslims on an ethical level, reinforcing the notion that Muslim consumers are guided by their faith. 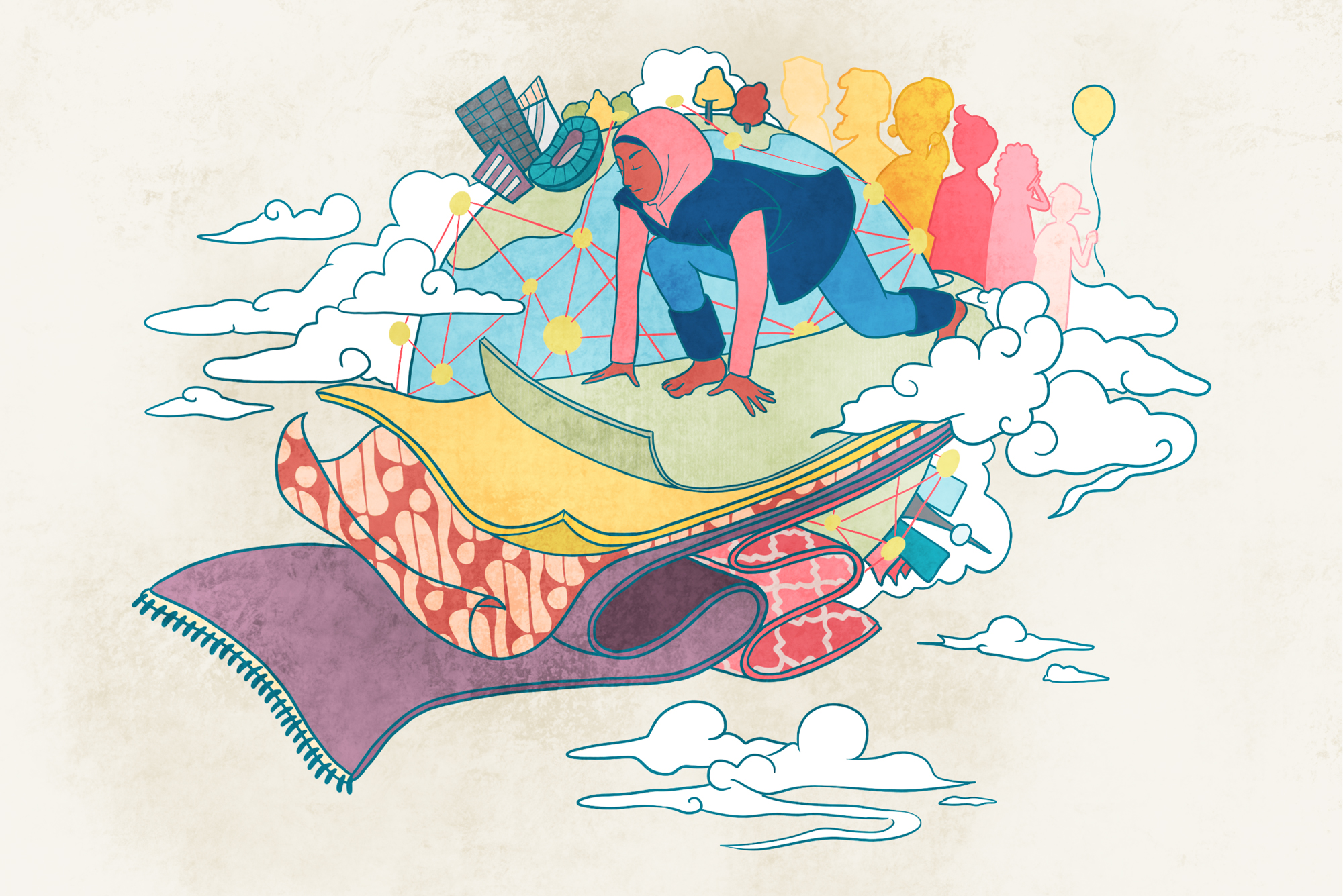 Given our focus on Muslim-centric brands, our presence in countries as diverse as Australia, the UAE, Indonesia and Lebanon, and our work building Like-Hearted communities around the world, we have a strong understanding from an authentic perspective. We have also come to learn what non-Muslim organisations need to appreciate if they are to engage authentically.

Through our Heart-Centered Design approach, we talk with, listen to, and empathise with everybody involved. This is a given for us, and is why we have been able to launch our own in-house brands Salam Sisters and 5Pillars, partner with Islamic Economy pioneers such as crowdfunding platform LaunchGood, and worked with internationally acclaimed organisations such as Greenpeace.

If you’re looking to develop your understanding of Muslim audiences, here are some basics that you need to be aware of.‍

“We need to dream big, be bold, and spark the imagination of millions of young Muslims around the world. We must shift our mindset from reactionary projects and pessimism to raise a generation of creative thinkers and innovators solving the many, many problems we have. It’s ambitious, but I believe we have the technology, energy and drive to make it happen, insha’Allah.”

Rethinking Ramadan for brands that want to do better